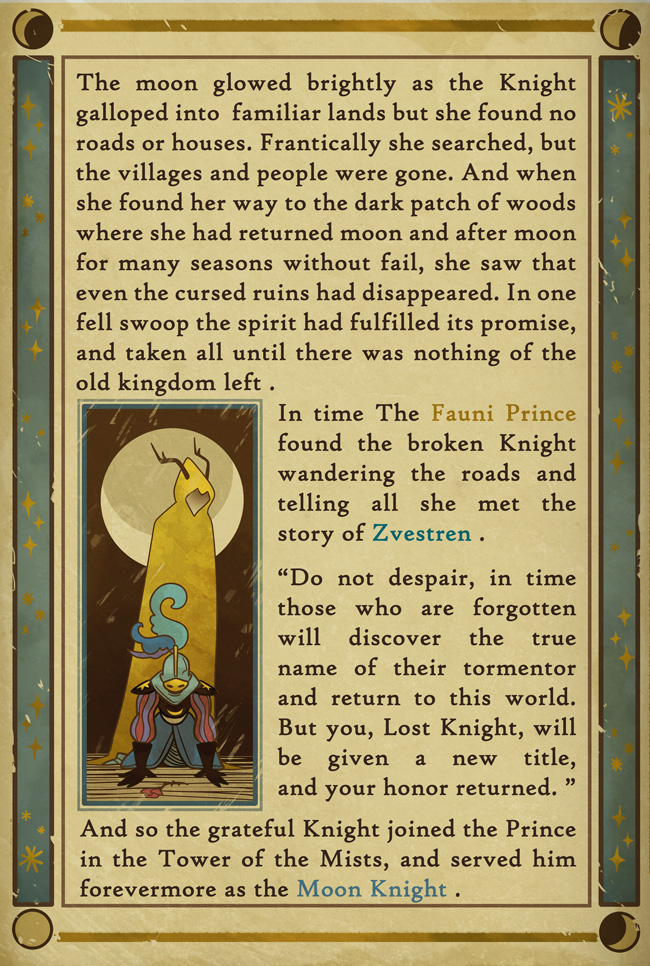 The moon glowed brightly as the Knight galloped into familiar lands but she found no roads or houses. Frantically she searched, but the villages and people were gone. And when she found her way to the dark patch of woods, where she had returned moon and after moon for many seasons without fail, she saw that even the cursed ruins had disappeared. In one fell swoop the spirit had fulfilled its promise, and taken all until there was nothing of the old kingdom left.In time The Fauni Prince found the broken Knight wandering the roads and telling all she met the story of Zvestren.The Prince spoke,“Do not despair, in time those who are forgotten will discover the true name of their tormentor and return to this world. But you, lost knight, will be given a new title, and your honor returned”And so the grateful Knight joined the Prince in the Tower of the Mists, and served him forevermore as the Moon Knight.And that ends this fairy tale interval. Chapter 5 starts next week!